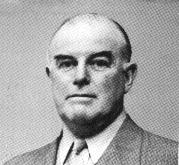 The late Joseph J. Weed, author of A Rosicrucian Speaks, was not only a lifelong student of esoteric philosophy but also a business executive with broad responsibilities. He was president of Weed Television Corporation, and Van Drenthem International Ltd.

In 1932 Mr. Weed affiliated with the Rosicrucian Order AMORC and was continuously active in its affairs, subsequently being appointed Grand Councilor with responsibility for the North Atlantic States.

In 1938 he began to lecture on these subjects and delivered nearly 200 lectures to audiences in cities throughout the United States and Canada.

As he matured he continued his study in the teachings of the Agni Yoga Society and the Arcane School.

Mr. Weed was also a Trustee of the Nicholas Roerich Museum, and became a Director of the Agni Yoga Society

Table of Contents | Next Page